Thanks for agreeing to this Smart City Interview. To start us off, how did you get involved in smart cities? 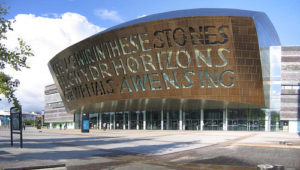 I used to work for IBM in their government sales team. I saw an inspiring introduction to smart cities in 2007, just before the financial crisis hit. The guy on stage said, “there are no experts yet in this field – go and become one”. So that’s what I did!

It is easy with hindsight to see the change. IBM were trying to pivot from selling IT hardware and software to talking more about what people might be able to achieve with the ever-smaller devices people were carrying.

The impact of the financial crisis

The ongoing financial crisis meant IBM was reducing the number of people it employed. My colleague, Chris Cooper and I basically went to our management team and said “Look, we think we can set up what would effectively be a smart city consultancy. You can’t currently cover all of the conversations and potential customers with the limited resources you now have. We can nurture these conversations and introduce technology to them at the right time”. Luckily for us, the management team went for it and we were well supported through the exit process.

For us, it has always been about trying to work with groups within a city that share a common interest in a set of data. In one city, we will work with healthcare providers and consumers. In another, it might be with transportation. The idea is to corral the key stakeholders and identify projects that will improve outcomes for all. 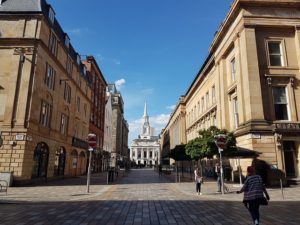 Our expectation was that we would work primarily with UK cities. That isn’t how it panned out! The trigger for starting KnowNow Information was a competition that IBM ran – the Smart City Challenge – in 2011. There were around 29 cities that applied for the competition but it was decided that there would only be one winner, in this case, Glasgow. This meant there were cities that had worked on good potential projects but didn’t really have a way to progress them.

Chris and I, therefore, thought that we could help these cities to develop their ideas into projects. Imagine our surprise when in the first week we were working we got an approach and ended up working on a project in the city of Kuala Lumpur in Malaysia. Our approach really has been international collaborations since then, travelling most recently to Poland, Germany and back to Malaysia. We provide smart city services in various formats around the world.

How would you suggest others get involved in smart cities?

First off, you need to be really interested in how cities work now. There is lots of information within city websites and the local library will almost certainly have a few books about how local government works. What is crucial is that you get an idea how the different subsystems within a city interact. 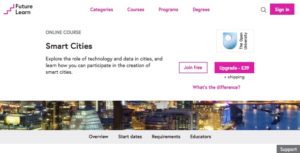 A great place to start is the Open University’s introductory course in Smart Cities.  I took the course myself to see whether I could use it as a recommendation and it is excellent. In fact, I straightaway saw it was much more than a beginners course.

It provides a framework for how to begin to work with a city. This is especially useful where a city has no overall control politically or doesn’t have any elected leadership. It can help you to help them to still get the benefits from smart city projects without having anybody who ‘owns’ it. And that’s really what I ended up using the course for.

Relating to the citizen

Because we came from a corporate background, a lot of the processes we had were very corporate based. We weren’t able to relate well to what the citizen would actually be able to talk about. Therefore, by creating rich pictures of a city and by using the business model canvas we put the citizen benefits into a context they are more able to understand. It has enabled us to get much closer to the people we are trying to help out.

Can you describe your Smart City activities? 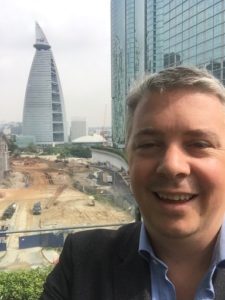 Most of what we are doing is in support of engineering companies and contracts. So an example would be Buro Happold engineering is the private contractor for the development in Kuala Lumpur. In the UK we are working with developers who are working on different sites.

We tend to be the lead technology consultant for city developers. We’ve usually been brought in because they have got a specific request from the person who is paying for the project to include elements which people recognise are within the smart city area. In Kuala Lumpur for instance, they identified 11 strands that would fit or replicate smart city capabilities in other places around the world.

What they didn’t know was how to build the systems architecture that would support them, hence our engagement. My co-founder, Chris Cooper, was a systems architect in a previous life for IBM. So, as well as having that smart city knowledge we were actually able to build that out into becoming an IT project that people can actually do something with.

If I was going to make a comment in general about how the industry has panned out in the last 4-5 years, you certainly used to see a lot of people talking at smart city and exhibitions that would say ‘we WILL be able to’ or ‘we COULD achieve xyz’. There are very few people demonstrating completed verified projects. There was little evidence. I think that is why we expanded quite quickly and were able to pick up projects because we were able to demonstrate that we had done stuff.

Where do you see it going for KnowNow? 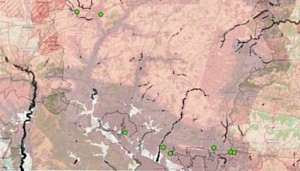 We are developing a suite of projects that are able to support the work that we do. It’s one of those things that if you work in consultancy it’s not a scalable business. For every new contract you get, you have to hire a new consultant and that is where the value is. The pay for the consultant takes up most of the revenue that you get and your overheads are usually quite high so there is very little profitability to be gained out of scaling a consultancy business.

What we hope to do is to develop products off the back of our engagements. An example from the first year that we were operating. We were working with flood data from Hampshire County Council that included sensing the river flow and other data. From that, we developed something called the Flood Event Model which was able to predict the impact of flooding on humans. It didn’t predict where flooding would occur.

Flood Event Model would predict where flooding would impact critical infrastructure. Things like train lines, roads, power stations, even down to people’s homes. It’s products that will enable us to scale and grow.

What funding have you received?

In terms of funding our smart cities work we were lucky in that almost as soon as we started we had paying projects and that part of the business is our cash cow. It’s the bit that keeps it all running. We’ve had significant amounts of government funding and European funding which goes towards the development of the products that we have identified off the back of the smart cities work.

Another example for that would be where we were working in conjunction with Southampton University on the UK Liveable Cities Project. We did the device design and the system architecture for capturing energy. The idea is that you might be able to make timely nudges into people’s behaviour to improve the energy costs for a dwelling. Particularly for people who need minimal amounts of care.

It was originally designed as a residential energy management platform but we saw lots of competition in this space. We found a niche focusing specifically on working on large commercial units. These large buildings often have variable levels of heating. Some areas might be easy to heat, some might be difficult as they are nearer a window. We wanted to be able to increase the energy efficiency and, crucially, the comfort levels of the people within. So that is now an Innovate UK sponsored project called Entelligently created with a partner organisation called PCSG.

Thanks for doing this smart city interview with us David.

Use the comments section below to tell us what smart city projects you admire!

You can also read another Smart City Interview, with Chris, at the following links.

What makes a Smart City?