Starting Up Part One

Chris and I re-met in the canteen of IBM some 15 years or so after we left school and spent the next ten years or so working ever closer together as we both ended up working in the Public Sector team. Chris was the technical lead for Smart Cities and I was client manager for the Welsh Government and Welsh Public Sector. 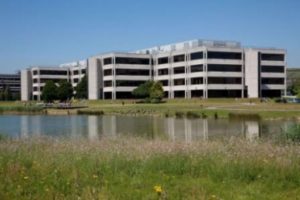 IBM’s North Harbour Location where Chris and I re-met

We both had a great interest in making cities Smarter and improving citizen access to information. We worked with a number of cities across the UK to realise their Smart ambitions. Much of this time was spent seeking people or organisations that shared an interest in one of various types of data and helping to form consortia of companies that could exploit the new information that was created.

IBM has great technologies that help to build Smarter Cities but had created so much interest that it wasn’t possible to serve all of the interested parties from what was a relatively small team. Chris and I began to think that if we were able to corral all of the parties who shared an interest within a city then we would consider starting a company that would effectively be the conduit between the city consortium and the major tech companies such as IBM. 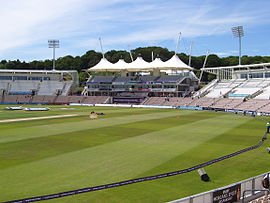 It was over a cricket match at the beautiful Ageas Bowl in Hampshire that we discussed the details of how we would commence starting up our own business. Knowing that we lacked a little local knowledge about small to medium businesses we recruited the help of David Pepper from McKenzie Martyn Partnership to advise and mentor us. First question we had to answer was – What were the offerings that we were going to take to market?

Having previously specialised in data led solutions we realised that we would have to specialise in both management of city data and also the capture of new data. Between us we had good knowledge of the possibilities that sensors would bring to understanding city operations, we therefore decided to concentrate on developing systems that would augment existing data with new, sensed data. Effectively we had just become the latest company to help people to connect to the Internet of Things!

Starting up the company

So we had an idea of what we were going to take to market. Now we had to choose a name for the company. The aim was to have something that conveyed the idea that we were capable of providing real time access to information rather than the typically static information that conventional search engines would gather. We also wanted something that could be used as the name for a mobile phone app which would allow people to access the sensed information.

Numerous attempts at starting to name the company were tried over the next few days, some of which even got as far as having their web domains registered. None had really seemed to stick until one day when we were having a pre-starting up meeting at The Crown in Bishops Waltham with David Pepper. The words Know Now had been banded around for some time but we didn’t know what people were going to ‘Know Now’. We thought that the word ‘Information’ might be a little bland but David pointed out that the initials would be ‘kn-i’ and that when you wanted to get some real-time information you would be able to ‘Just kn-i it’ . This just seemed right. It is short and snappy and will fit well within a small icon on a mobile app. Sometime in October 2013, KnowNow Information, providers of the kn-i platform was born.

Next time in the story of starting up KnowNow Information I’ll describe how we took some early decisions over banks, accountants and how we would operate.