Football – data is taking over the game!

Football in times past 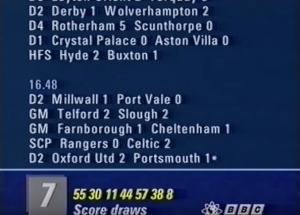 Vidiprinter from 1992. I was actually at the game where Oxford beat Portsmouth. It was the last game before Pompey played Liverpool in the FA Cup Semi Final so perhaps the players could be forgiven for an off day.

In a more innocent age, football was often all about scanning through the Rothman’s Football Yearbook, poring over the results in your local pink ‘un and sitting in front of the vidiprinter whilst waiting for you Saturday supper. With precious little live football available on television, it was the scores and attendances that would keep you fascinated in the long wait until Match of the Day.

Fast forward twenty years or so and those scores have been in some way replaced by a slew of data and statistics on every single aspect of the game. How has this change taken place and where is all the data coming from?

A time of change

The early nineties saw a great many footballing changes. From the adoption of all-seater stadium to the creation of the premier league. All of a sudden there was an increase in spend within the game at the same time as computing continued to evolve and somewhere deep within CERN, Tim Berners Lee was creating the first web browser that led to the development of the World Wide Web. It was these developments that meant that suddenly, reporters were able to increase the number of statistics gathered and broadcast them almost instantaneously around the planet.

One of the first things that we saw was the emergence of fantasy football and the ability to pick your own teams, judged according to the in-game stats that the real life players had managed to achieve during matches. This required people from companies such as Opta to sit at each game monitoring not only who scored each goal, but also who had made the assist. If people were going to watch each game looking for assists then they might as well look at how many corners, fouls, throw ins and any other events occur. 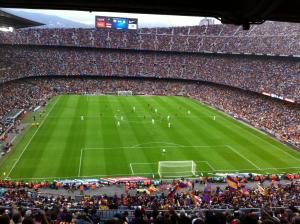 Soon it was possible to bet on almost every outcome within a match and eventually people worked out a way to exploit the situation, but the scene had been set and throughout the nineties there was an insatiable appetite for more and more statistics from sport. Inevitably the teams themselves soon saw that this data might lead to analysis that could give them a slight edge in their next encounter.

Cue the film Moneyball, which you should really make sure you see if you have an interest in either data or sport, and the true(ish) story of how Billy Beane took the Oakland Athletics in baseball from chumps to champs. By working out statistically which player was best in their position for the expenditure on contract and wages he was able to build a team that confounded the experts and outperformed their lowly wage budget.

The successes of the Oakland Athletics were noted beyond the baseball field. Every sport now evaluates the success of it’s athletes at least in part through statistical analysis. This can mean that there are opportunities for wrongdoing, whether it be conning the bookies or hacking into your opponents data. Mostly though, the field has seen a growth in research, innovation and jobs for those who now sit watching the minutiae of sporting events all day every day.

The mundane nature of this task has led to the automation of the process, at least to a certain degree. Robots and video entity analytics have both increasingly been used to collect data over the last few years. This has led to new players coming onto the scene such as IBM with the Rugby Union based TryTracker which they developed in conjunction with the aforementioned Opta. 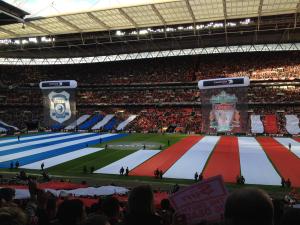 Is football any different?

There has always been a latent felling however that it is difficult to break football down in the same way. Long passages of play with different levels of difficulty for passes, ball retention and tackles depending upon where you are on the pitch means it can be problematic trying to compare one impactful touch of the ball with another. Indeed, when Sam Allardyce espoused his love of using ProZone he was almost ridiculed for putting so much faith in it.

And yet the professional clubs are investing ever larger amounts on the analytic technologies each season. New startups are springing up all of the time that have a new way of tracking movement and efficiency on the pitch. The inevitable rise in adoption of the internet of things and in particular wearable technology has created an expectation that we will be able to evaluate a player, their health and even their confidence levels remotely.

So where will this all end? Will we see a future where avatars or robotic players are able to play the game like a statistical representation of yesterday’s stars? Will we see a statistical version of Maradona in his prime line up with today’s Lionel Messi? The development of statistics, statistical models for football and the risks to the security of that data are all things that the sports governing bodies are likely to have to deal with in the future.

What do you think? Is football becoming too stats focussed? Leave a reply below!