Here at KnowNow Towers, we are really excited to make our first full-time marketing guru. George Barbeary has joined us from the University of Portsmouth and will be particularly focused on marketing execution and customer growth.

First, Can you tell us your name and where you are from?

My Name is George Barbeary and I’m from Banbury, which is near Oxford.

What did you study?

I currently study International Business at the University of Portsmouth.

What was the furthest you have ever been from home?

On Rugby tour in South Africa for 3 weeks. But for a sustained period of time was when I was studying in San Jose, CA for 5 months.

Is there something you would like to learn whilst at KnowNow?

My main ambition is to apply all the theory I have learnt to date in order to broaden my practical knowledge of business in general. Alongside this, I would like to increase my knowledge of the industry and become a real marketing guru!

What hobby would you get into if time and money weren’t an issue?

I would love to learn a language or how to play a musical instrument. Both of these are skills I struggled to learn whilst growing up due to a lack of patience and I have so much admiration for those who have mastered these arts.

What music would you listen to if you wanted to feel great?

I’m into 90’s Britpop meaning bands such as Oasis & The Stone Roses, But also more recent bands such as the Arctic Monkeys & The Verve. I also love cheesy 80’s music as this is what my parents enjoyed listening to whilst I was growing up.

Which film would you watch if you could only watch one more film?

I’m a big fan of the Shawshank Redemption so it might have to be that. Conversely, I would also like to watch any of the “Black Mirror” films on Netflix.

If you could have dinner with anyone, who would you pick? And if you were cooking, what would you cook for them?

Due to my passion for football, I would have to be boring and say a footballer. However, there are many complications so I will offer up a couple of names: Diego Maradona, George Best, Paul Gascoigne, Lionel Messi, Cristiano Ronaldo, Johan Cruyff, Pep Guardiola or Sir Alex Ferguson. However due to a combination of diet plans, language barriers and mortality very few of these options would be available.

I would cook a Beef Wellington or some other kind of meat and pastry as it’s a personal favourite flavour of mine and these footballers are all skin and bones so could do with a hearty meal.

Are there any companies that you admire?

There is a charity called Homeless Oxfordshire based near where I live and they have a lot of admiration from me as they tackle problems associated with homelessness that I never knew existed.

Such as; they provide rough sleepers with an address in order for them to claim JSA as well as giving them the ability to start a bank account. Provide showers and other facilities to improve personal hygiene, they also put on workshops and have pathways projects helping the homeless community to recover from whatever put them onto the streets and help them find work. As well as this they put people up in the hostels they own in the Oxfordshire area.

Can you think of a surprising fact about yourself or something rare that you have achieved?

I have played Rugby at Twickenham Stadium and Football at Ferenc Puskas stadium.

If you didn’t have to sleep, what would you do with the extra time?

If it was up to me I would play or watch football all through the night. In terms of something more productive, I would love to create a sports-related blog/podcast. Perhaps I could work overnight on a sports radio station.

What is the most annoying thing that other people do?

People who are inconsiderate get on my nerves. This often comes hand in hand with arrogance. In my opinion, it’s so easy to give a measured response rather than to fly off the handle. But there are many hotheads out there who will mindlessly blurt out whatever their initial response is, with no regard for other people. 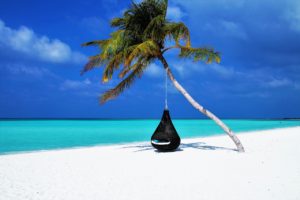 Image from pixabay. Free for Commercial use. No attribution required

What would be your ideal adventure?

As a young boy, I always had vivid dreams about a shipwreck and being washed up on a desert island. Then exploring the island and it all being about survival, I was always on my own too. So I think my ideal adventure would look very similar to Tom Hanks’ experience in Castaway. This would include the shipwreck and being alone to add jeopardy, because what’s an adventure without jeopardy

What takes up too much of your time?

I would say technology robs me of a lot of time. Sitting on my phone before I go to sleep or as I wake up, playing on Xbox/Playstation, Watching Netflix/Television. This is all large amounts of time I’d probably like back. 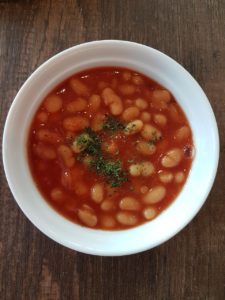 Image from pixabay. Free for commercial use. No attribution

What is worth spending more on to get the best?

The first thing that came to mind for me was Baked Beans! But after more careful deliberation I think of a bed (due to the sheer amount of time you spend using it), Toilet roll, Tea bags, reliable transport/shelter (a car/a house- not necessarily “the best”).

Can you name something that everyone else loves but you don’t?

In my generation growing up, there was a vastly successful rapper called Eminem. Loved by all my peers but he bored me to tears!

You are president of the world – what new rule would you make?

I would have the whole world primarily speak a common language.

Wow, thanks, George. It’s going to be great working with you as our marketing guru. We’ll have to get you in charge of the podcast and put you straight into the KnowNow football team.